Stupid Press Release: Back to School with Jennie Garth

I may be a retro Beverly Hills, 90210 fan (did you know that Jack Wagner and Heather Locklear are engaged?). But that doesn't mean I care what Jennie Garth and her daughters' favorite "must have back-to-school" items are.

Is Jennie Garth that desperate for cash that she and her kids have to dress up like dorks to endorse Hello Kitty and Cheerios? 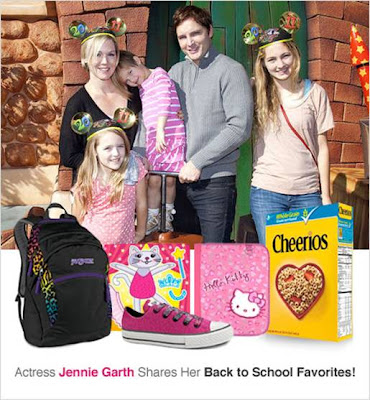 They've been paid (how much? I'd like to know) to release "exclusively to online shopping guide ThisNext.com" her "kids''" list of BMX bikes, sneakers, and lunch containers. They got the exclusive list? Because, really, NO OTHER WEBSITE CARES WHAT JENNIE GARTH BUYS.

And, she's been a member of ThisNext since August 25, 2011. Wow - so dedicated to the website she is, that her joining date coincides with the press release! The campaign is successful so far. Since sending out this press release, THREE people are now following this trendsetting family, whose daughters also like sparkly nail polish and headbands.

Her daughters are apparently "represented" throughout the list "with commentary on each explaining exactly why they LOVE each and every toy/accessory/school fashion." Uh, no that would be Jennie doing the explaining. She provides really helpful commentary like, "our family loves to bike and when the kids need a little after school exercise, myself and Peter (sic) take them on bike rides around our neighborhood." Wow - I really should buy the brand of bike she endorses!

Does your 6 year old need her own skincare line? Apparently JOON thinks she does.

According to JOON, girls ages 6-12 are an untapped market, with tweens spending $500 million a year of their own allowance on beauty products. I can see many tweens using their babysitting money on a bottle of $10 Happy Face Wash.

Join Stupid Products on Facebook.
Posted by Debbie Abrams Kaplan at 9:46 AM No comments: 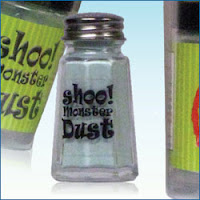 I know what it's like when a child is afraid of monsters. My daughter used to have nightmares about spiders crawling all over her room. It kept her up at night. She even slept on the bathroom floor a few times. Did we spend $5 (plus shipping) for a salt shaker full of "100% natural anti-boogeyman powder" to make them go away? No. We used our imagination and stomped out all the fake spiders every night before going to bed.

It worked, and it was FREE. 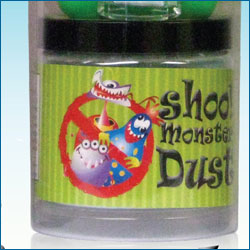 Here's an $8 refill of the stuff you are going to have to vacuum off your floor, and wash out of your child's clothing and bedding. You get to pay for it and then clean it up!

The makers of Shoo! Monster Dust want you to believe it's "economically priced from just $5 to $20" so it's "easy and affordable to give children peace of mind." Or you can just use your imagination - which is FREE and doesn't need vacuuming.

And the best part: "Not only does Monster Dust keep the boogie man away...it's a GREAT AFTER BATH POWDER as well, with its pepperminty fragrance."


Posted by Debbie Abrams Kaplan at 2:31 PM No comments: 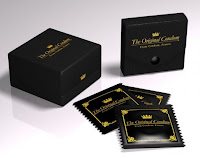 Posted by Debbie Abrams Kaplan at 11:31 AM No comments:

Would you be seen in public with this sticker on your shirt? (well, if you had a belly but no baby in it, you certainly wouldn't, but that's another story). 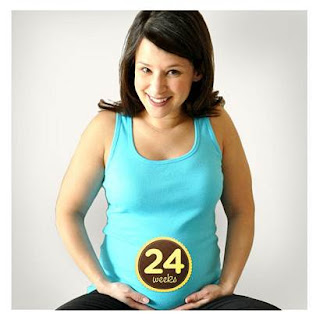 Guess how far along this pregnant woman is? No need to ask. Just look at her belly. 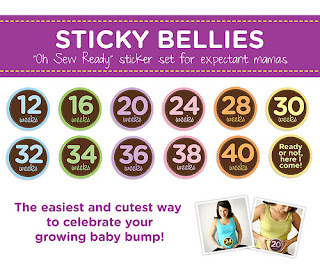 Okay, so they do tout them for use in documenting your pregnancy with photographs. Including the sticker at the end that says "Ready or not...here I come." I have no doubt some women find these $15 stickers incredible endearing. They would put a whole scrapbook together with the photos - and the actual used sticker too. Maybe they would even pose nude for photos, baring only the sticker. Those women probably also have t-shirts that say "I'm with stupid" - and have the arrow pointing to their spouse.

If they really want their stickers to take off, perhaps they could add a post-birth set. As in "32 pounds to go" - to inspire the women publicly to lose the baby weight. Moms can document that in their baby album as well. (If you use my idea, Sticky Bellies, you owe me an idea fee).

Join Stupid Products on Facebook.
Posted by Debbie Abrams Kaplan at 10:30 AM No comments: